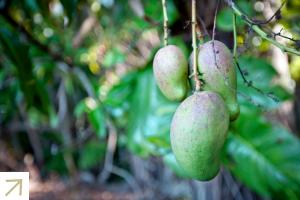 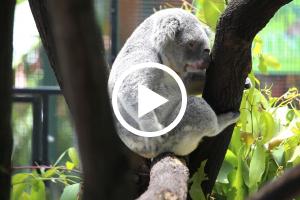 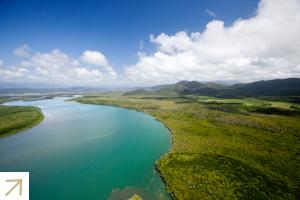 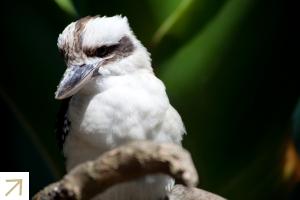 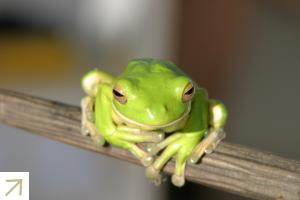 The Daintree Rainforest is estimated to be over 135 million years old, making it one of the oldest rainforests in the world. Home to the largest range of plants and animals on earth, it spans around 1,200sq km and is an unspoilt wilderness.

65% of Australia’s butterfly and bat species can be found in the rainforest, where butterflies such as the Ulysses Butterfly, the Emerald Moth and the Grey Albatross Butterfly along with other species not found elsewhere can be spotted in the Daintree. And endangered birds such as the Southern Cassowary are found here. 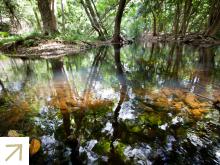 In the heart of the Daintree is Cape Tribulation, one of the points where rainforest meets reef. The area is known for its beautiful expanses of white sandy beaches. The Daintree river runs through the national park and the largest reptile in the world, the saltwater crocodile, or estuarine crocodile lives in these waters. Along the shores of the river, around 30 of the world’s 38 types of mangroves grow in dense quantities. The Daintree Village, which was established by timber-cutters in the 1870s, is now a charming settlement with shops, restaurants and local artists’ studios.

The Daintree Rainforest was named after Richard Daintree (1832-1878), an English geologist and photographer, who migrated to Australia and was the first government geologist for North Queensland. 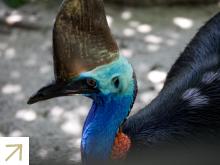 Spanning eight acres of land, the Wildlife Sanctuary showcases three ecosystems: the wetlands, the grasslands and the rainforest. Located in Port Douglas, the Sanctuary is a great place to experience all the fauna and flora of Australia under one roof. Endangered species such as the Lumholtz Tree Kangaroo and the Southern Cassowary can be experienced.

Timber boardwalks at different levels allow guests to experience the Sanctuary from either the dense forest floor or the canopy of the trees. Observe the Jabiru, the dancing giant water bird in the Wetlands, the Boyd’s Forest Dragon in the Rainforest and in the Grasslands, view the Eastern Grey Kangaroos.

One of the highlights of the centre is the restaurant nestled in the heart of the grounds where dining guests are curiously observed and even approached by chattering cockatoos and parrots and other inquisitive animals. Read more.

The Solar Eclipse package provides an optional excursion to the Daintree combined with a visit to the Wildlife Habitat, a centre that showcases three unique Australian environments and is also a wildlife rescue centre. This half-day excursion costs AUD 115 (half price for children below the age of 12) and transportation, entrance to the Wildlife Habitat and a meal are included.

Find out more about the Great Barrier Reef tour.